March 16, Microsoft recently rolled out a new Beta version of Skype for its Insider Preview program, and the main feature of this update is that it expands the original audio footprint to a maximum of 25 people to 50 50 simultaneous audio calls are available with this version, which also provides optional voice notifications for all platforms.

According to the official update, the new feature applies mainly to "large groups" , and when a user initiates an audio call in a group, it sends a notification of the request to each user In addition to not interrupting users who are having an audio session with someone else, Microsoft has added a switch button for voice and video for large groups of audio features. 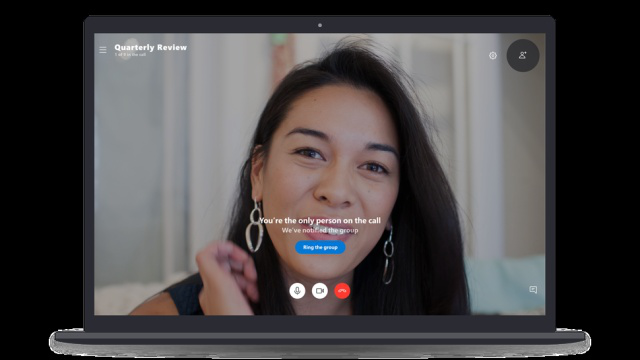 For the General Enterprise, more than 50 people of Audio Conference support has basically been able to meet the demand, more than 100 people at the same time the function of the conference will generally only be used by large enterprises, normal enterprise meetings are less than 50 people, while Zoom's 500 simultaneous video conferencing feature may not be useful to the enterprise, if you really need 500 simultaneous communication, then it is more practical in the real world.